Synopsis and Cast of Korean Drama Under The Queens Umbrella (2022) 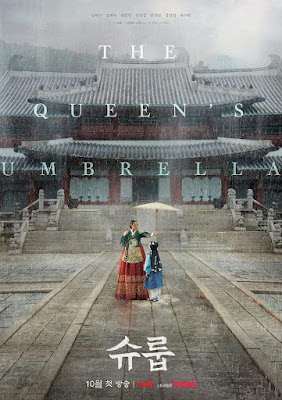 Drama: Under The Queen's Umbrella

Synopsis of Korean Drama Under The Queens Umbrella (2022)

Within the palace is a troublesome prince who causes nothing but headaches for the royal family and is about to be turned into a proper crown prince.

Their mother, Im Hwa Ryeong, was the wife of a great king. But instead of having an air of elegance and grace, she is a thorny, sensitive, and hot-tempered queen. Once again calm, she changed as people kept pressing the button.

She is a queen who sometimes ignores her pride and is even known for swearing! Every day of her life was full of trials, but she endured them all, for the sake of her children.